The Crane - Symbol of Honor and Loyalty
One of the first books published on Origami was "How to Fold 1,000 Cranes", released in the late 1700s. It is no coincidence that the crane was chosen as the subject for the book. For thousands of years the Japanese culture has treasured the crane as a symbol of honor and loyalty. The crane symbol is used on many Japanese heraldic devices and is a theme in many famous works of art. 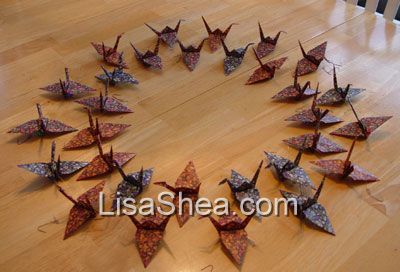 The crane is a majestic bird which mates for life and is extremely loyal to its partner. The bird is strong, graceful and beautiful. Because of the great importance of the crane, the Japanese people feel that a person who folds 1,000 cranes will be granted his or her greatest wish.

You can use the cranes as a central image in your decorating theme! Here is the wedding the Today Show did for their 2008 celebration, featuring my cranes! You can see how the red cranes, strung on silver strings with silver rosebud beads, were worked into all of the set components. 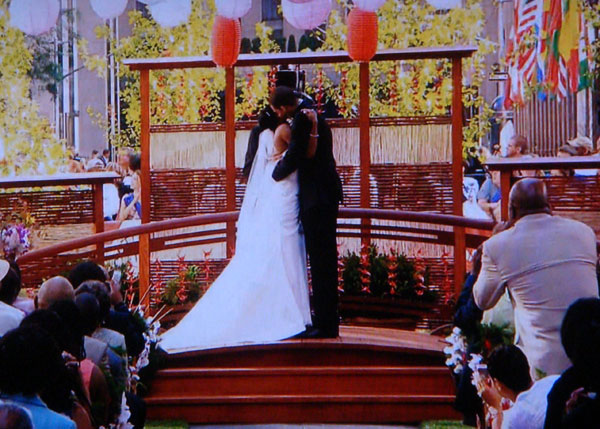