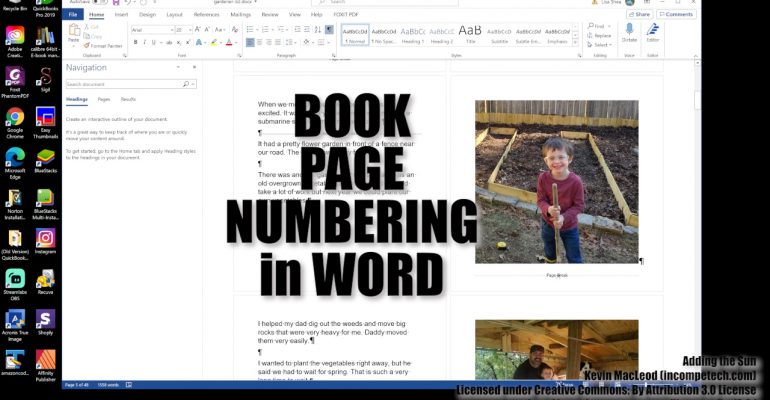 How do you insert page numbers into a Word book so they start properly?

Here’s my step by step instructions!

Ask with any questions, I’m happy to help.

Please subscribe to my channel, I could use more followers! 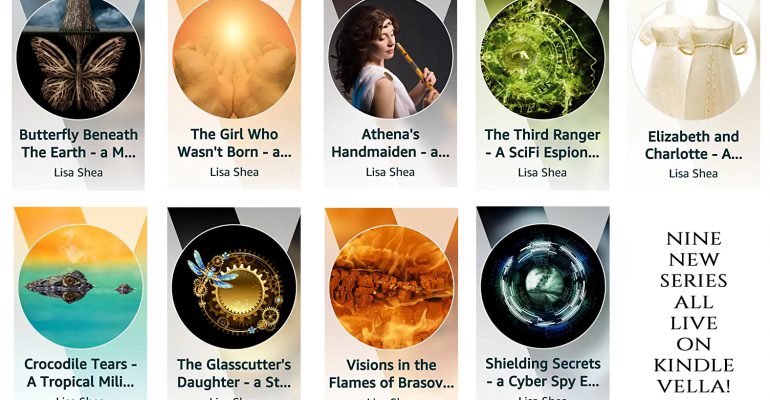 Flash fiction. Micro-stories. Short-short stories. They’re all names for a genre of writing which has been around since the beginning of time. Flash fiction stories compress an interesting thought or event into a minimum of words. Zen koans, children’s fables, and religious parables are all forms of flash fiction. In modern times, we tend to use the flash fiction category for works that are less than 1,500 words.

A variety of famous authors have turned their focus to flash fiction. Philip K. Dick, Ernest Hemingway, Franz Kafka, Anton Chekhov, and many others have thrived in this short-form world. One might compare the challenge of writing flash fiction rather than a novel to the writing of a haiku rather than an epic poem. It’s an entirely different experience. Our world thrives by treasuring both ends of the spectrum.

In the 1800s and 1900s, flash fiction was usually a highlight feature of a newspaper or magazine. Often the stories came in a series. However, with the advent of modern devices, now flash fiction can stand on its own. Readers happily download Amazon Kindle Vella episodes which are only 600 words each. Short-short stories are found on Wattpad, Radish, and a variety of other platforms.

Sometimes a flash fiction story is a moment in time, similar to most haiku. Take a look for Franz Kafka’s famous work “Give It Up!” This flash fiction hones in on a harried, lost man who needs help – and what happens when he asks for it.

In other cases, the flash fiction has more of a start, middle, and end. Search for “The Eyes Have It” by Philip K. Dick. This fun comedic piece presents the story of a man who discovers that aliens live amongst us.

And then there are those who write flash fiction as a way to present a longer tale one episode at a time. This is the way the Amazon Kindle Vella system plays out. I am writing a number of episodic stories for this system. Historically, Charles Dickens, Thomas Hardy, Harriet Beecher Stowe, and Edith Wharton all initially published novels as a series of short episodes in magazines. One thing a writer learns when writing serially is how to ensure each chapter ends at an engaging moment. There needs to be a reason for the reader to actively seek out that next episode.

If you haven’t written flash fiction before, consider giving it a try! There are plenty of markets out there eager for flash fiction. Whether you prefer short dollops of moments, complete little stories, or pieces of a longer tale, there are readers out there enthusiastic about delving into your unique view of our world.

Ask with any questions, and good luck! 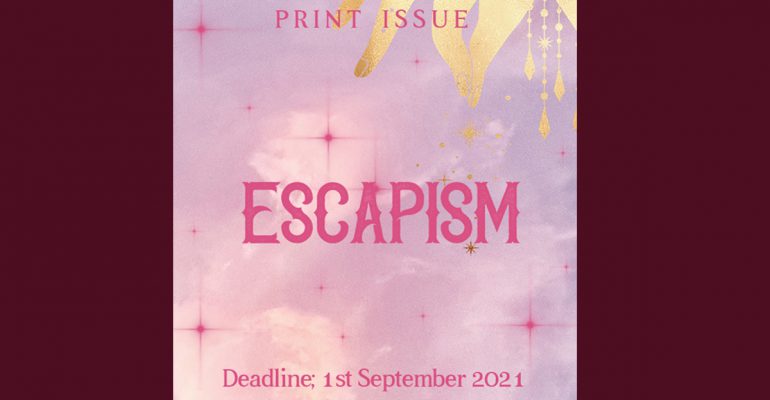 Moonflake Press pays $35 for accepted pieces for their upcoming “Escapism” theme. They take fiction 100-2500 words, plus poetry and non-fiction. The deadline is August 31, 2021.

I’m finalizing my short story. If you’re a writer or poet, you should enter!

If you’re a reader, let me know if you’re able to read my piece before I submit it, to give me any suggestions!

What are you up to this weekend? 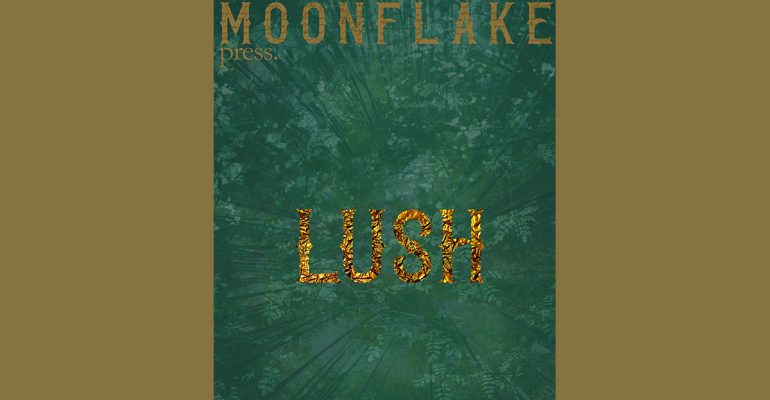 So happy! A short story I wrote on the theme of “Lush” has been accepted by Moonflake Press to be part of their upcoming compilation!

This was a fun theme-word to challenge myself with. I’ll let you know when the issue goes live!

What are you guys up to today?

Episode seven in my sweetly romantic series has now gone live! The perfect story to snuggle in with while a storm rages.

How are you guys doing?

So far it’s a bit rainy and windy here, but we still have power. 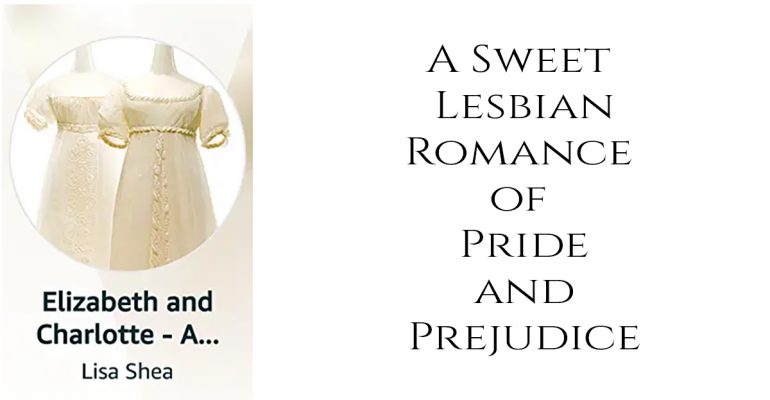 Hurrah! The latest episode has just gone live on Kindle Vella! This is a sweetly romantic retelling of Pride and Prejudice as a lesbian courtship.

Catch up with Elizabeth, Charlotte, and their continuing stories! The first three episodes are free 🙂 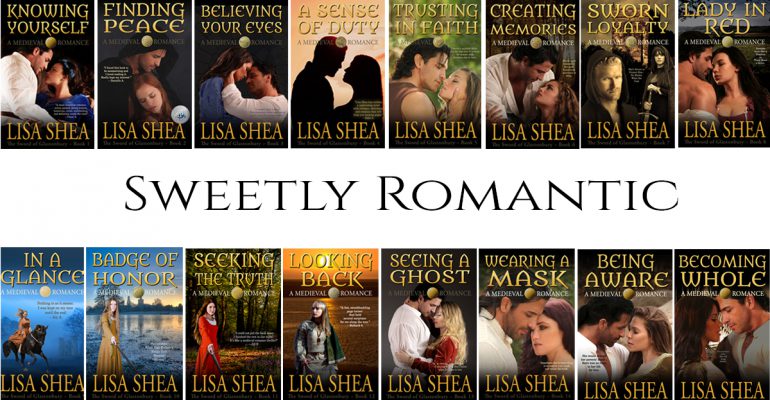 I wrote the first third over the past weekend. My goal is to have it live in a few weeks.

What are you guys up to this week? 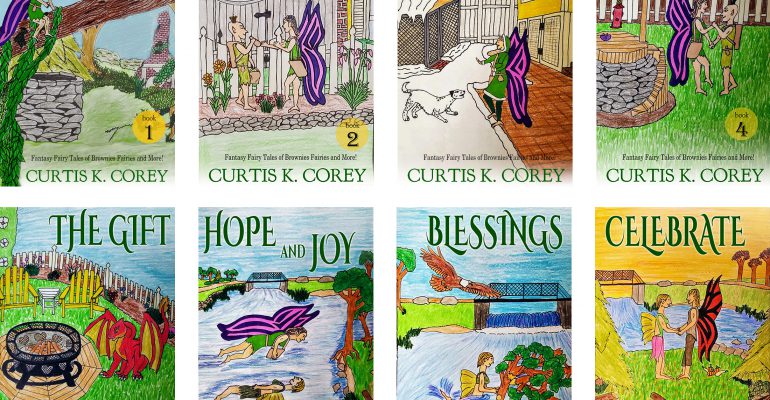 Here’s an update on Curtis Corey’s books. He’s an author friend of mine – I help him with his publishing.

We’ve just finished reloading all 8 of his fairy short story ebooks. We’ve also reloaded both of his compilations in both ebook and paperback format. The first compilation contains tales 1-4 and the second contains tales 5-8.

You can see these all on Amazon on Curtis’s Author Central page. Please “follow” him here – it gives Amazon incentive to give higher visibility to his books, if Amazon thinks lots and lots of people are interested in what he is publishing.

It’s important to regularly update and reload your books. Here’s a few of the things we did when we did this edit and reload.

First, we made sure the end of every book *right after the story ends* shows the next cover in the sequence and has a clickable link to that next book. We couldn’t do that until the next book was written and live. So this is usually something you “go back and do” as part of your update cycle. That visible cover and clickable link are both key to sucking readers along to keep reading.

We also updated the “all books by this author” area to include his Claus books, his fairy compilation books, and his Bigfoot Vella series. You want your “books by me” area to contain as many of your books as possible. You never know which one will catch someone’s interest. So it’s often worth it when you come out with a new book to go back and edit your other books so they help promote your new book. This of course depends on how many books you have. There’s no way I’m going back through all 450 of my books every time I add a new book, just to mention I have a new book. However, if I have a 15-book medieval series and I add a new book to that, I do consider updating all of my medieval books to make sure they now include that new book in the pages that talk about the series.

Curtis’s next step is to create accounts on Draft2Digital and Smashwords, so we can put fairy book 1 free on those two platforms. Once book 1 is free on those platforms, we can ask Amazon to price match it to free on Amazon. That should then drive tons of readers in to read book 1, hopefully enjoy it, and then read books 2-8 and be hooked. The free initial book is often the key to driving strong interest in a series and getting in lots of reviews.

Ask with any questions! And congratulations, Curtis!

It’s worth noting that at the same time as we worked on this, Curtis is also writing more episodes in his Bigfoot Vella series. He’s planning a spin-off series featuring Bigfoot’s daughter. He’s working on a “Little Gardener” book about his (at the time) four-year-old son. He’s also finished illustrating a new children’s book featuring two gnomes roaming the US on motorcycles, based on his parents’ adventures. So he is very busy and quite prolific! 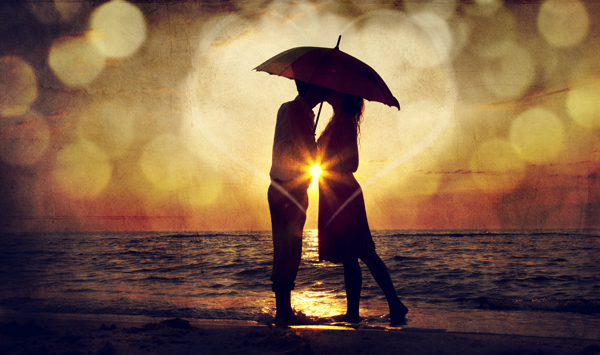 For a reader, processing dialogue in a story can be tricky enough as it is. The reader has to keep track of exactly who is talking and what tone of voice each person is talking in. The author needs to make sure it is always crystal clear who is talking and how they are saying the words.

Punctuation is a key part of that.

I’ll mention that these examples all us US English, where we use double quotes around dialogue. In British English, they use single quotes.

The first rule of punctuation is that the punctuation for a line of dialogue always goes INSIDE the quotation marks. So you have examples such as:

Mary yelled, “Stop doing that at once!”

Sally asked, “What do you think you are doing?”

So, this is correct:

Bob whispered, “I love you very much.”

This is NOT correct:

It would need to be:

The action is SEPARATE from the dialogue being spoken. It doesn’t describe how the words are being said.

So this is correct:

James screamed, “I will conquer you all!”

This is NOT correct:

Oliver kicked at the rock, “You can just try to win.”

It would need to be:

Oliver kicked at the rock. “You can just try to win.” 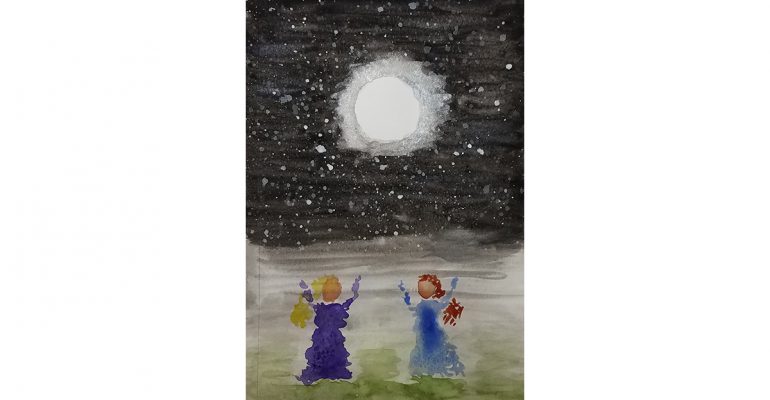 August is the perfect time to work on a short story or flash fiction story! Maybe you’re lounging by a beach. Maybe you’re relaxing in your living room! Here are some fun ideas for you to work on.

They have weekly and biweekly contests. The contest ending Aug 3rd is a 99-word story on “hometown”.

Every month you can submit one story of exactly 101 words. It can be on any theme!

Got flash fiction on the topic of escapism? Get it submitted by August 31, 2021 and you could be paid 25 pounds!

Let me know if you know of any other current opportunities!