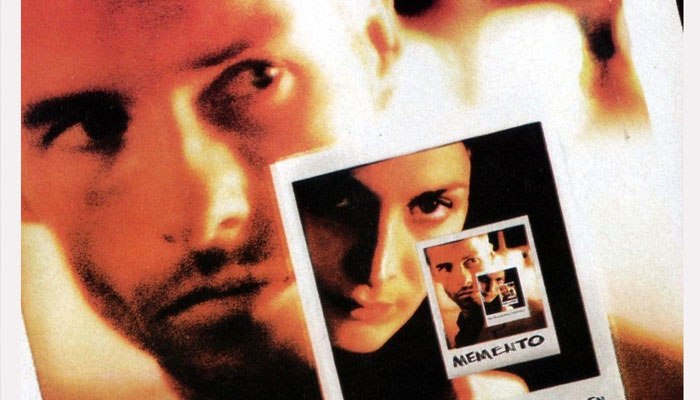 Memento is one of those intriguing films which stays with you long after you’ve watched it. Its underlying theme is that memory can be tricky. We have all run into situations where we remembered an event one way and someone else remembers it a different way. Something we feel is integral to the way we are might not even have happened the way we think.

I remember watching Memento when it first came out, back in 2000. I’m an avid fan of the writer Philip K. Dick and saw a lot of his style in the one-timeline-forward, one-timeline-backward storytelling here. Who can you trust? Is anything reliable? The protagonist, Leonard Shelby, ends up lying to others and even to himself in order to cling to a sense of what he is about as a human being.

I recently re-watched Memento in 2021, after seeing Tenet. I decided I should rewatch all of Christopher Nolan’s films from the beginning, in order, especially as Nolan has said the introductory scene for Memento inspired him to write the story of Tenet. What is sort of funny (or sad, I suppose, depending on how you look at it) is that while I remembered really appreciating Memento, I didn’t remember how the story actually resolved itself. So I got to watch Memento all over again fresh, wondering just what would end up being true.

So what did I think this time around, with the benefit of a full twenty years of immense amounts of reading SciFi and watching SciFi movies?

Well, I still loved Memento, which is a testament to the high-quality acting and storyline. There are plenty of movies out there which seem fresh and interesting when they come out but which fade quickly. Memento remained as compelling and intriguing even after the time passing. I attentively watched each character and scene for clues as to how they connected together. I enjoy Nolan’s pacing of films, too – careful, attentive, as if every detail matters.

What I did find, though, was that there are some aspects of this storyline which just wouldn’t have worked in an actual 2021 scenario. Let’s say I wake up knowing I’ve lost my memory about something important. I would grab my phone, hop on Google, and type in the name of my wife. Heck, maybe I’d do a reverse-image search on that ‘friend’ photo I have, to see who he is. In five seconds I’d know the truth of it – that my wife survived the attack, that she died later in a diabetic overdose, and that this famous Sammy Jankis was a con artist who didn’t have a wife. Five seconds, and I’d be grounded in reality.

Heck, I’d also have a smart-watch that, every time I “woke up” into the now, I hit a button on with a countdown timer. That way I knew how much time (on average) I’d have of awareness before I lost track of things. If I was going to tattoo notes on myself, I’d do them in a smaller font so I’d have more room for the notes, and I’d keep them in order, maybe down my stomach.

But these sorts of things would help Leonard remember who he is and what happened – which apparently he doesn’t want to know. He has dedicated himself to living in a rage-filled vengeance scenario, willfully ignoring the information that he himself was what brought his wife’s end. He deliberately writes down lies which then lead him to killing the only ‘friend’ type of person in his life.

At one brief moment, when he closes his eyes while driving his car (something I do NOT recommend doing!) he imagines a world where he tattoed his triumph over the killer on his chest while he lies in his wife’s arms. Everything has been resolved and they are together again. But clearly that’s a fantasy, since in all other scenes he doesn’t have that tattoo and even the best tattoo-removal places would leave some sort of a sign of the original design.

Still, this blissful moment COULD be the world he chooses to live over and over again. He could have arranged his house so that he wakes up in bed, with his wife’s things around him, and for those ten minutes he could live in a bubble of joy. One that reminds him that she survived the attack, that she loved him, and sure, he could choose to forget the ending part of that life. He could have dwelled in love.

Just like in Groundhog Day (another movie I enjoy) – one could shape their recurring world.

But Leonard chose specifically to dwell in hate instead.

Also, it’s worth noting that Leonard received the head wound while trying to rescue his wife. That’s what caused the memory situation. However, he DOES actually long-term remember some things after that point. We know (or at least we think we know, as well as we can know anything in this film) that his wife survived the attack, they lived together, and that his wife asked him to repeatedly give her insulin as a sort of test. She went into a coma. He remembered that happening. It was so traumatic that he then assigned those events to the character Sammy Jankis, but he did remember them.

So one could presume he could remember other things, if he really wanted to. He wouldn’t have known during the insulin-giving that it was important. It would have seemed a normal activity to him. It’s only her death (or falling into a coma, I suppose) that would have been traumatic – the finding of the unresponsive body. Maybe one could say that he didn’t really remember the previous insulin shots in particular – he just sort of cobbled together a ‘what must have happened’ based on the countless times he’d given her insulin before then.

In any case, Memento is a great movie which draws the viewer in to think about all sorts of issues – the power of memory to shape our lives, the validity of memory as holding real truths, and how much we often fool ourselves to suit our world views.