Kindle Vella for Serial Stories – What Is It? 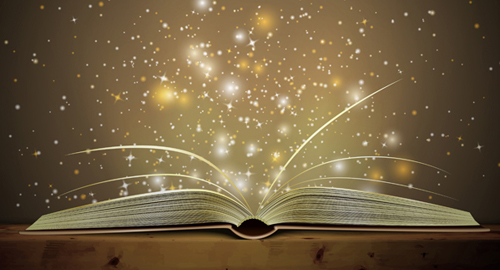 In April 2021, Amazon rolled out YET ANOTHER new entry in its effort to try to compete with the juggernaut which is Wattpad and Radish. It’s fair to say that the market for serialized fiction is ginormous. It’s not as if Amazon is taking a risk in a brand new arena. The readership on Wattpad and Radish is massive. The question is if Amazon can even make a dent in this area, when the competitors are so well established and popular.

So let’s explore just what serialized fiction is, what Kindle Vella is trying to do, and if it’s worth it as an author to participate!

What is Serialized Fiction?

Most of my series are serialized fiction. It’s the standard for what I write. During one October I posted, on Amazon, a story a day in my Black Cat series set in Salem, Massachusetts. This is exactly the sort of thing Amazon wants to be doing here. They want regular updates to storylines on a daily or weekly basis. They want those segments to be SHORT. They’re aiming for 600-5,000 words a segment. This is exactly the way I tend to write, and I do this all the time with my series. So this is in essence exactly what I tend to do normally.

In general the Wattpad / Radish format works well for a range of genres, but it really shines in romance, mystery, fantasy, sci-fi, and young adult stories. Of course you can write just about any type of story and make it work for this.

Stories work best if there’s some sort of “reason to keep reading”. You want to leave at least a little something hanging, if not a full-bore cliffhanger, to make the reader want to come back for more.

I’ve been with Amazon since the dawn of time. My first Amazon review was posted in 1998 and I had ebooks live and ready when Amazon launched its very first Kindle. So it’s fair to say I’ve been there – and participated – in many of Amazon’s failed attempts to work with serials over the years. Kindle Serials were a nightmare and just didn’t work well. Kindle Worlds also fizzled. Kindle Scout was a publishing competition was more about author popularity than quality writing. There were other Amazon competitions that I judged for. Write On supposedly gave feedback. So it’s with a cynical eye that I look on any new projects – especially when they REQUIRE EXCLUSIVITY.

Not only does the Kindle Vella system require exclusivity to Amazon, they require exclusivity TO THE VELLA SYSTEM. So even though I have hundreds of serial-style books in the Amazon system, nearly all of them exclusive to Amazon, I can’t put any of them into Vella. Amazon wants items in Vella to be brand-new never-before-seen content. And when these stories are in Vella, they can’t be anywhere else. You can’t compile them into a book. You are wholly reliant on them earning money for you within Vella, which isn’t even a live project yet.

Amazon isn’t even saying exactly when Vella is going to go live. My guess is it’ll go live when they have enough content in there to make it interesting to readers. It will probably be summer 2021 sometime. In the meantime, authors are loading content into Vella, locking it into exclusivity, and unable to monetize it in any other way.

On the up side, I got TONS of sales when I had my ebooks in the Amazon Kindle system and they launched their very first Kindle. I didn’t have a lot of competition back then, so all those Kindle buyers read my books. The same could happen here with Vella. If there’s only a few authors in Vella, and Amazon markets it heavily to get people to use it, I could get a ton of “free publicity” plus heck some money as well.

How Does Kindle Vella Pay?

Like many other online systems nowadays, Kindle Vella will have its users buy access to book segments with “tokens”. The idea is that tokens doesn’t seem quite like money so it’s less painful for someone to spend tokens on a book to read vs seeing an actual dollar sign there. So this is a mockup Amazon provides of what that might look like. Note that the Vella plan is for the first few episodes of every story to be FREE, to hook a reader. The reader then starts paying for additional content around segment 4.

A user of course has to buy tokens at some point to get them into their account. Here’s another sample screen, again provided by Amazon about how this might work.

It’s important to note here that YOU DO NOT GET ALL THE TOKENS. Amazon is taking a cut. They say they will take 50% – but also note in most of these systems that the app company (Apple, for example) also takes its cut. So you get a cut of the “Amazon cut”. We will have to see how that actually shakes out.

Also, YOU DO NOT SET THE PRICE. They are standardizing pricing across their system. The current estimate is that it will be a token per 100 words. So wordier stories will earn more than sparse stories, on a per-read basis.

The Kindle Vella stories are posted in an online interface very much like most others including WattPad. You type in your title, type in your story, and give it an image. The story image for the Kindle Vella IS A CIRCLE which is a departure from all Amazon existing systems. Also, that image is meant to be an “illustration” rather than an actual title. So in their example, you can see that this book has an image of a pair of people in a space scene. A high-quality image is going to be key to catching a reader’s eye, just as always.

Amazon’s suggestion is to always have at least 4 episodes loaded for any book, so people can get hooked quickly. Then you can dole out new episodes on a daily or weekly basis. People who read serials expect quick content updates, so it’s good to be ready for those quick turnarounds.

Unlike Kindle books, readers won’t be able to comment on or be angry about books. Their options will be to follow a book and/or to “thumbs up” it if they like it. So Amazon Vella is trying to be a kinder, gentler world for authors.

Will I Put My New Books into Kindle Vella?

Again, it’s important to caveat here that the Kindle Vella system DOES NOT ALLOW EXISTING PUBLISHED CONTENT. So the only type of content you can put into Kindle Vella is brand-new never-before-published content. Normally I am putting those types of things right up onto the Kindle ebook system and then compiling them into paperbacks when I get enough chapters done. Why would I switch some of my new books into Kindle Vella?

It’s clear Amazon is going to be pushing hard to make this work. They are eyeing that huge market of Wattpad / Radish and want a big piece of that pie. So anything I add into Kindle Vella when it launches will get lots of eyeballs on it. Even if Vella doesn’t monetize well for some reason, that’s still a ton of free publicity for me and my writing.

If Kindle Vella fails like the other Amazon attempts have failed, the content isn’t lost. I just then load all my stories into the Kindle ebook system as I normally would have done. At most I’ve lost a few months of sales as a result.

Learning to write regularly and post new content regularly is a critical skill in our modern world. The typical reader just doesn’t want to wait years between releases. They want to keep up with the story and binge-read if they can. So this entire process is a training system for writers, to incentivize them to do what we know works.

One note – ALWAYS WRITE OFF LINE. Never write directly in the Kindle Vella system (or in Wattpad or Radish or anywhere else for that matter). Always keep copies on your local machine. Any system can fail or run into problems. The better you control your content, the better able you are to pivot when online systems fail or are abandoned for whatever reason.

If you’ve never read serialized fiction before, definitely go to Wattpad to get as sense for how this works. Here’s my Wattpad account –

It’s worth becoming familiar with Wattpad, because the Wattpad model is the model Amazon Vella is attempting to emulate. The more familiar you are with Wattpad’s way of working, the better you will be able to shine in Amazon Vella. I will note that Wattpad DOES NOT REQUIRE EXCLUSIVITY so I’m able to post my free-everywhere (permafree) books there to help build a fan base from their readers. The books I post free are nearly always book 1 in each series, to hook readers and get them to want to read more.

Ask with any questions.