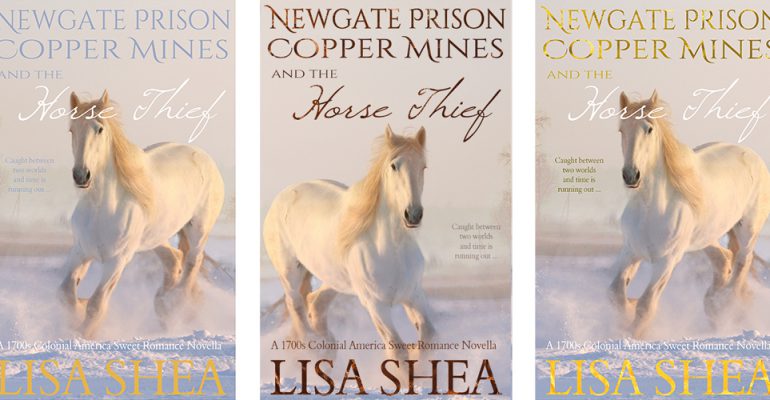 So many authors nowadays do a big, single cover reveal. They tell fans a book cover reveal is coming and then on the stated date they show the cover. People OOoh and Aaah over it.

Not only is that the most basic form of interaction you can get from people, but it also doesn’t give you any valuable information. These are your target audience members you are talking with. They are your fans. They are the ones who know best exactly what type of covers would grab them and make them want to buy.

Why would you pass up this golden opportunity? Why would you miss out on the powerful trifecta of building your social networking, getting your fans emotionally invested in your upcoming book, and perfecting the cover so it is absolutely perfect?

You need to do a cover LEFT RIGHT CENTER poll.

Here is how it works.

If you only have two choices, it will do. But when possible, give your readers THREE choices. More than that just gets confusing. Show them THREE potential covers side by side. They don’t need to be wildly different. They just need to show a few possibilities.

So here’s one I did with two covers.

It got hundreds of responses.

Here’s one I did with minor changes on a book cover. This one got 337 comments (including my responses) –

A similar thread with the same horses got an additional 248 comments in a private author’s Facebook group I belong to, plus the scattering of responses on other platforms.

This voting process gets all the readers ACTIVELY (rather than passively) engaged in your book. They feel as if they helped to craft the book, which in a way they did. The more emotional of a connection you create between readers and the book, the more likely they are to talk about it, recommend it, buy it, and review it once it comes out.

I remember attending a funeral for an author friend who died unexpectedly after finishing a book. At his celebration of life, person after person came up and the thing which stood out most for them is how they helped him do X on a book or helped him figure out Y. It is really that powerful. Get your fans to feel that.

Also, your fans are your target audience and they are the ones buying the books. Cover design themes change month to month. It could be the book designer you’re working with settled into a style a year ago and keeps using it. The readers know styles have changed since then. They’ll give you valuable advice about how to be found and stand out. You need to listen to and trust your fans.

The more posts that are made on the thread, the more the thread is automatically elevated by the social network as a “thread worth seeing”. That means even distant friends and followers are now seeing it. Always make sure this thread is PUBLIC. You want every single human being who can possibly see it to see it and comment on it.

The act of people interacting with this post means the network is more likely to show them future posts you make – i.e. your book promotion posts. So you are “priming the pump” to show them your marketing material when you want them to buy.

Thank every single poster! Even if they disagree with the end result, it is still valuable to get their feedback. With the horse cover I had 99% of people wanting the center image. The people who preferred the side images had valid points! In general you want to trust in the majority while also listening to the details the minority offer – often times they provide that last tweak to truly elevate the cover to exceptional.

Market to writers. I know some writers say, “Well they are writers, why would they want to buy my book?” Most writers LOVE to read. The more you can target fellow writers in your genre, the better.

And, finally, cover design trends change FREQUENTLY. You want to revisit and perhaps update your cover at least once a year. Never just sit back and assume it was great so it still must be great. To keep your book selling, you need to do updates. Every major author does this.

So, to summarize, avoid at all costs doing just a ‘cover reveal’. Do a cover comparison. Get that feedback. Drive up your social response. Create fan emotional engagement. You’ll end up with a perfect cover along with an avid fan base waiting for its release!

Ask with any questions.